There are a growing number of Cordis IVC filter lawsuits being filed in California state court over problems with the OptEase and TrapEase devices. 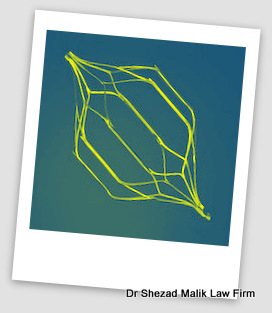 Cordis Corporation makes the OptEase and TrapEase IVC filters, which are designed to prevent pulmonary embolisms Unfortunately, recent studies have found alarming rates of filter fracture, perforation, migration, and tilting when the filters are not removed after a few months.

The Dr Shezad Malik Law Firm is currently accepting Cordis OptEase and TrapEase IVC filter injury cases nationwide. If you or somebody you know was injured by an IVC filter that broke or moved, you should contact our lawyers immediately for a free case consultation. Please use the form to contact our law firm or call toll free 24 hours a day at 214-390-3189 ext. 2.

What are Cordis IVC Filters?

Cordis Corporation makes two IVC filters, the OptEase and TrapEase. These devices are implanted in the inferior vena cava (IVC) to block blood clots from the leg before they cause pulmonary embolism.

Cordis IVC filters are designed to be temporary, and they were approved with a FDA 510(k) process that said they were “equivalent” to the Bard Recovery IVC filter, which was recalled in 2005, and the Cook Günther Tulip .

Both of these Bard and Cook filters have been associated with high rates of filter fracture, perforation, migration, and tilting.

About 200,000 blood-clot filters are implanted nationwide each year. The market for IVC filters is $435 million, according to market research firm Axis Research Mind.

Cook is one of the nation’s largest makers of blood-clot filters. It is one of three leading firms in the industry, along with New Jersey-based C.R. Bard Inc. and the Cordis subsidiary of California based Cardinal Health.

Temporary vena cava filters can cause severe complications when they are not removed. The rates of filter fracture, perforation, migration, and tilting increase the longer they remain implanted.

In 2011, the FDA recommended removing IVC filters within 29 and 54 days after implantation. In 2008, the agency also issued a Safety Warnings after receiving over 900 adverse events involving complications, such as:

The FDA recommends that implanting physicians and clinicians responsible for the ongoing care of patients with retrievable IVC filters consider removing the filter as soon as protection from pulmonary embolism is no longer needed.

The FDA encourages all physicians involved in the treatment and follow-up of patients receiving IVC filters to consider the risks and benefits of filter removal for each patient.

A patient should be referred for IVC filter removal when the risk/benefit profile favors removal and the procedure is feasible given the patient’s health status.

According to a 2005 study in the Journal of Trauma-Injury Infection & Critical Care , the Cordis OptEase IVC filters increased the risk of puncturing the vena cava wall after just a month, finding that strut perforation through the vena cava wall prevented safe removal after extended periods of time.

A Japanese study in November 2011 found that 10 out of 20 patients who were implanted with the Cordis TrapEase IVC filters had a fractured strut within 50 months of implantation.

According to experts, the placement of inferior vena cava (IVC) filters without subsequent retrieval is responsible for the worrisome rise of IVC thrombosis or blood clots in the IVC.

IVC thrombosis is estimated to account for 2.6% to 4.0% of deep venous thrombosis cases, although "the true incidence of IVC thrombosis may be underestimated due to the lack of standardized methods of its detection and reporting, as well as the exponential increase in the number of unretrieved IVC filters in the US," according to Mohamad Alkhouli, MD, of the University of Rochester Medical Center in New York, and colleagues in their review appearing online in JACC: Cardiovascular Interventions.

The authors added that "if untreated, patients with IVC thrombosis will also suffer from significant complications: post-thrombotic syndrome in up to 90%, disabling venous claudication in 45%, pulmonary embolism in 30%, and venous ulceration in 15%."

In March 2013, Cordis issued a Class 1 recall for about 33,000 OptEase IVC filters due to a labeling error that could cause the filter to be implanted backwards. If the fixation barbs are pointing in the wrong direction, there would be nothing to stop the filter from migrating to the patient’s heart.

The Dr Shezad Malik Law Firm is currently accepting Cordis OptEase and TrapEase IVC filter injury cases nationwide. If you or somebody you know was injured by an IVC filter that broke or moved, you should contact our lawyers immediately for a free case consultation. Please use the form below to contact our law firm or call toll free 24 hours a day at 214-390-3189 ext. 2.