Several hip joint manufacturers have recalled their metal hip implants, but the recalls came too late for thousands of patients who had already received these defective devices. The only recourse for many of these patients is to file lawsuits. 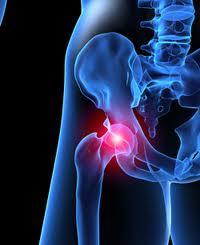 If you or somebody you know has been diagnosed with metal on metal hip failure requiring a revision, you should contact our lawyers immediately for a free case consultation. Please use our contact form to connect with our defective metal hip attorneys or call toll free 24 hours a day at 214-390-3189 ext. 2 or 214-390-3189.

Medical studies had revealed and doctors knew for several years prior to the worldwide recall that the ASR hip suffered from premature failure and the release of heavy metal ions including Cobalt and Chromium.

The company, owned by the pharmaceutical giant Johnson and Johnson, knew of these problems but denied them and played them down.

Finally they had to face the music and ordered a recall, only after 96,000 had been implanted worldwide and 32,000 in the U.S.

Tragically, thousands of people had already experienced injury before the company acted. Unfortunately, recalls like Depuy’s do not compensate injured patients fully for their pain, suffering and revision surgery.

In September 2011, the National Joint Registry of England and Wales published a report that DePuy’s ASR acetabular implant was replaced or removed 29 percent of the time after just six years.

This was compared with an overall 9.5 percent failure rate for all-metal hip implants. In January 2013, the jury in the first ASR trial heard evidence that, at the time of the recall, DePuy knew that within five years, 40 percent of its ASR implants would fail.

Three years after the Rejuvenate and ABG II hip systems were first approved, Stryker issued a voluntary recall of the devices in July 2012.

The recall came after Stryker received post-market data that revealed the metal modular necks and stems of these two devices were prone to corrosion and fretting that may release excessive metal debris into body, damaging surrounding bone and tissue.

The neck is made of cobalt chromium and the stem is made of Stryker’s proprietary titanium alloy blend designed to resist corrosion and fretting.

Stryker issued an Urgent Field Safety Notice that warned doctors and hospitals that these two implants had an increased rate of Adverse Local Tissue Reactions (ALTRs), two months before the recall.

ALTR is inflammation in the tissues surrounding the implant because of metal debris released when they components rub together.

Smith & Nephew launched its R3 Acetabular System in the United States in 2009. In June 2012, the company issued a worldwide recall of the metal liner that was part of its R3 system, after reports of implant failure, loosening, pain, dislocation and metal sensitivity.

The metal liner, created a metal-on-metal junction, and was marketed as durable and wear-resistant. According to the recall, Smith & Nephew said the metal liner had not performed as well as the company had expected.

Some 4,000 Americans received the metal liner option before it was recalled.

Hip implant manufacturers are under legal duty to properly design, manufacture and test their products, as well as warn the public if a device fails, has adverse side effects or doesn’t do what it claims.

FDA Supposed To Be A Watchdog

The FDA can also order manufacturers to recall a device. The FDA is responsible for making sure that medical devices are adequately tested before they hit the market.

According to experts, this type of self regulation gives manufacturers little incentive to make safety a priority, and instead they focus heavily on marketing and push their inadequately tested devices on the doctors.

Encore metal on metal hip implant patients have been suffering from metallosis and implant failures similar to those that resulted in the recalls of the DePuy ASR, the Zimmer Durom, and the Smith & Nephew R3.

Encore of Austin, Texas is now owned by DJO Orthopedics of San Diego, California. Encore Medical, is the manufacturer of the Encore hip replacement implant.

The Encore hip implant sports a metal insert on a polyethylene (plastic) liner in the acetabular shell. This is also known as a “poly sandwich” design. The articulating liner is made of cobalt-chromium.

When the patient walks or weight bears, the metal insert rubs against the metal femoral ball. This results in a metal-on-metal joint.

With the passage of time, chromium and cobalt debris particles created by the grinding action of the cup on the ball, accumulates around the hip joint.

Systemic reactions in other areas of the body includes metallosis or high levels of Cobalt and Chromium metal ions in the bloodstream.

What is the Encore Hip?

The Encore hip has a polyethylene liner in the cup that has metal inlayed in the polyethylene that connects with the femoral metal ball implant.

There is metal on metal grinding that occurs between the cup and the ball that causes cobalt and chromium metal debris to seep into the hip compartment.

This accumulation of metallic debris, particularly of Cobalt and Chromium, leads to metallosis which damages the surrounding hip tissue that causes inflammation, fluid buildup, and pseudo tumor formation.

The Encore poly with metal inlay design was approved by the U.S. FDA under the 510(k) “grandfather” provisions. Here, the company only had to demonstrate that its hip design was "substantially similar" to pre-existing designs in the market place and thus be exempted from major testing.

It is this 510(k) fast track process by the FDA that was fully exploited by the hip manufacturers and they released many defective, and poorly designed hip implants over the past 10 years that is causing this epidemic of premature hip failures. These manufacturers put profit over people.

These metal devices were touted as long lasting for up to 20 years, but the sad reality is that most fail within 5 years. This tragedy was completely avoidable.

If you or somebody you know has been diagnosed with metal on metal hip failure requiring a revision, you should contact our lawyers immediately for a free case consultation. Please use our contact form to connect with our defective metal hip attorneys or call toll free 24 hours a day at 214-390-3189 ext. 2 or 214-390-3189.