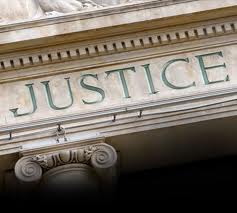 Child lead poisoning, especially at a young age, can severely impact that child’s potential for a successful life. A child poisoned by lead, who once had a bright future full of possibility, will often suffer learning difficulties in school and hardships in life handling day to day activities.

If your child is victimized by lead poisoning, it is imperative to get your child the medical help they need to handle the devastating lifelong problems that result from childhood lead exposure.

What is Lead and why is it dangerous?

Lead is a heavy metal, and has been used for centuries in water pipes, jewelry and other metallic objects. Lead is found everywhere in our environment.

Lead poisoning was common among industrial workers in the 19th and 20th centuries, when workers were exposed to lead in smelting, painting, plumbing, printing, and many other industrial activities.

In 1904, the Australian physician Lockhart Gibson found that lead paint in the home caused lead poisoning in children.

Despite research confirming the link, lead was not banned from US household paints until 1978.

Deteriorating lead paint in pre-1979 housing remains the most common source of lead exposure in children, accounting for up to 70% of elevated levels.

Lead toxicity is one of the most significant preventable causes of brain and nerve injury from an environmental toxin.  Lead toxicity is a dangerous hazard with the potential of causing irreversible health effects.

Acute lead toxicity occurs from occupational or work exposure among workers at smelters or battery recycling plants and is quite rare. Chronic lead toxicity very common.

Children are more susceptible than adults to the effects of lead exposure. Toddlers place objects in their mouths, resulting in dust and soil being swallowed leading to an increased intake of lead.

Children absorb lead at higher rates than adults. Children are rapidly growing, and their systems are not fully developed, making them more susceptible to the damaging effects of lead.

According to the CDC, at least 4 million households have children that are being exposed to high levels of lead.

There are half a million U.S. children ages 1-5 with blood lead levels above 5 micrograms per deciliter (µg/dL), the reference level at which CDC recommends public health actions be initiated.

There is No Safe Lead Blood Level

There is no safe blood lead level in children. Lead exposure affects practically every system in the body. Dangerous lead exposure often occurs with no obvious symptoms, and so lead poisoning can go unrecognized before there is significant damage.

Lead damages the growth and development of a child’s brain, and the effects of lead poisoning are often not seen until years after the initial exposure.

Childhood lead poisoning signs may not be readily apparent to someone who was unaware of the initial exposure.

Lead poisoning signs and symptoms are similar to that of Attention Deficit Hyperactivity Disorder (“ADHD”) and other learning disabilities.

A child affected by lead may exhibit strengths in certain areas while struggling in others, parents and teachers may think that the child is not trying.

In 1991, the Centers for Disease Control and Prevention (CDC) defined blood lead levels (BLLs) ≥10 µg/dL as the "level of concern" for children aged 1–5 years.

This level, was supposed to trigger community-wide prevention strategies, and studies have found intellectual impairment in children with BLLs of less than 10 µg/dL.

In May 2012, the CDC replaced the term "level of concern" with an upper reference interval value defined as the 97.5th percentile of BLLs in US children aged 1–5 years from two consecutive cycles of the National Health and Nutrition Examination Survey (NHANES).

By this method, the BLL upper reference value was calculated as 5 µg/dL.

Has your child been injured by Lead?

If you or your child was exposed to lead-based paint at a young age, our experienced lead poisoning attorneys can help you.

With a national practice, the Dr Shezad Malik Law Firm based in Dallas, Texas handles lead poisoning claims across the United States. Contact our lead poisoning lawyers today for a free lead poisoning case evaluation. We can be reached toll free at 1-214-390-3189, or by filling out the form on this website.

Environmental Protection Agency EPA provides educational materials to help parents, homeowners, and folks working the lead industry learn what they can do to protect their families from the dangers of lead.

The National Safety Council is an international public service organization. Their website contains articles and links to information about lead.

This website contains extensive information from the National Institutes of Health and other trusted sources on over 500 diseases and conditions.