Lawsuits are being filed on behalf of women who developed cancer after doctors used a morcellator during a hysterectomy. 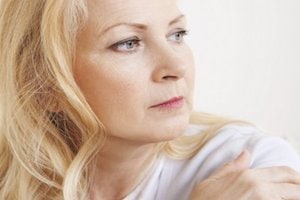 Morcellators cut up the uterus to make it easier to remove, but they can also spread cancer cells. Many women allege that they were never warned about this risk.

Medical experts are concerned over potential cancer risks that may be associated with a popular surgical device used during hysterectomies.

If you or somebody you know developed cancer after a hysterectomy, you should contact our lawyers immediately for a free case consultation. Please use the form to contact us or call us toll-free 24 hours a day at 214-390-3189 ext 2. or 214-390-3189.

What is the problem with Morcellation Hysterectomy?

About 500,000 American women have a hysterectomy every year. At least 40% of hysterectomies are used to treat uterine fibroids, which are non-cancerous growths on the uterus. Unfortunately, about 1 in 350 fibroids are actually uterine sarcoma, an extremely aggressive type of cancer.

Morcellators use blades to cut up tissues, which are sucked out through a tube.
The problem is that morcellators often leave behind tiny pieces of tissue. If the pieces contain cancerous cells, morcellators can spread aggressive cancer throughout a woman’s abdomen.

A number of hospitals nationwide have stopped using the morcellator, an electric tissue-cutting device, which allows the removal of uterine tissue through a small incision.

According to reports, women under going a hysterectomy may not be receiving adequate warnings about the morcellation health risks.

Recently articles were published in the Journal of the American Medical Association (JAMA), including a letter titled “Evaluating the Risks of Electric Uterine Morcellation.” These articles were accompanied with an editorial, “Critics of Fibroid Removal Procedure Question Risks It May Pose for Women with Undetected Uterine Cancer.”

How to file a Morcellator Lawsuit?

The Dr Shezad Malik Law Firm is currently accepting morcellator induced sarcoma cancer cases in all 50 states. If you or somebody you know was injured by cancer after a hysterectomy, you should contact our lawyers immediately for a free case consultation 214-390-3189 ext. 2 or 214-390-3189 now.